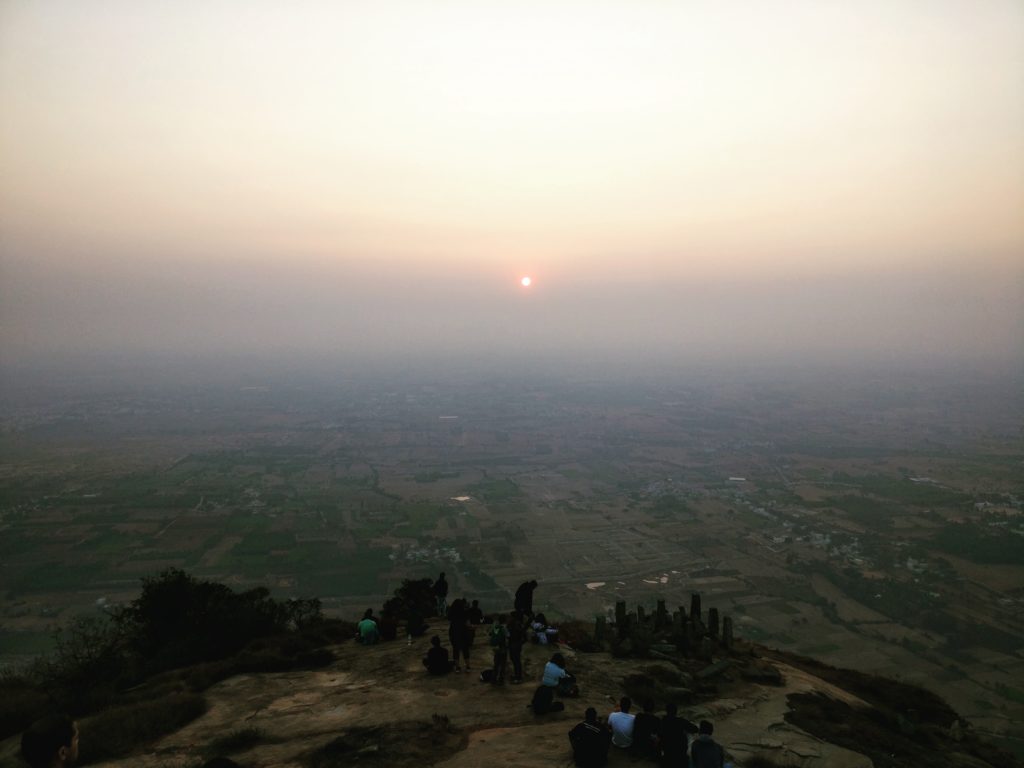 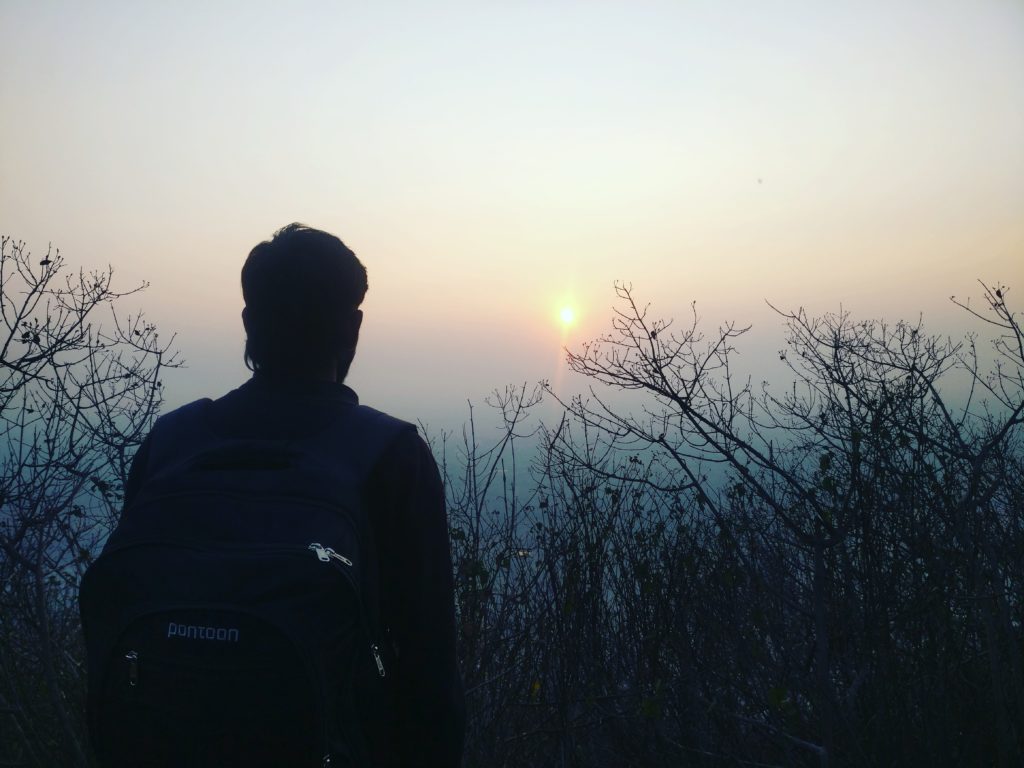 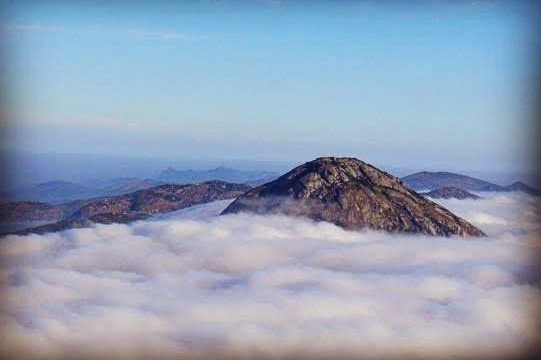 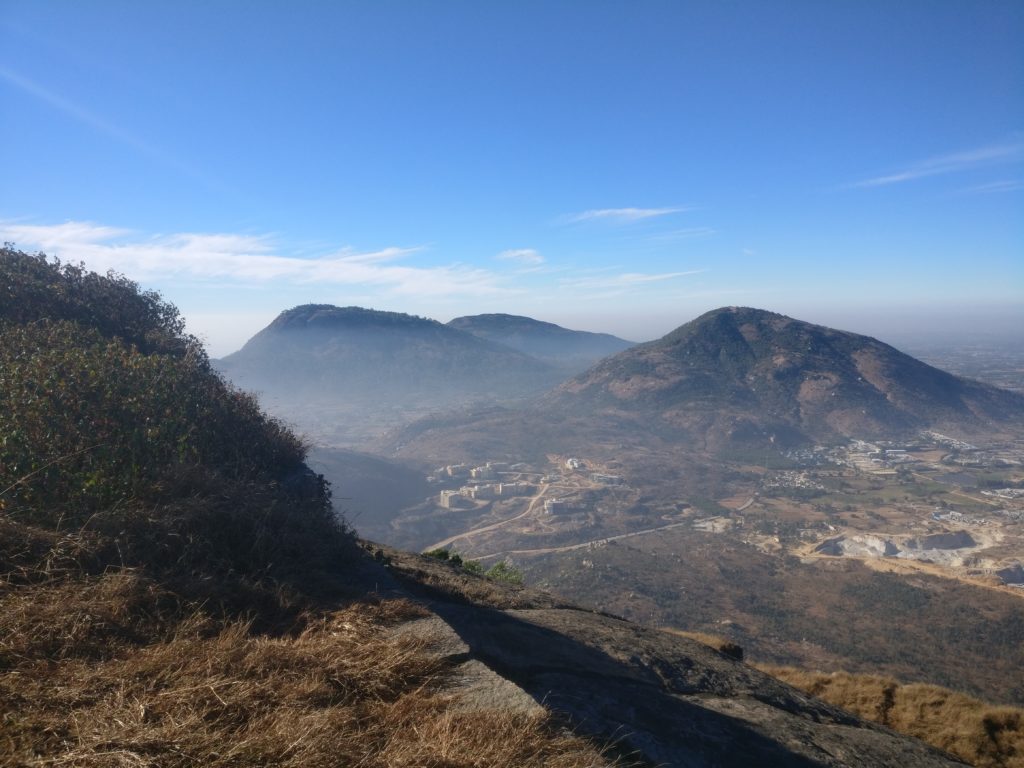 Skandagiri Sunrise Trek : About Skandagiri Kalwarbetta (Skandagiri), 68 Kms from Bangalore is one the hill forts amongst the Nandi Hill ranges. The dilapidated walls of Tipu’s fort can be found today on steep Kalwarbetta (Skandagiri), near the village of Kalwara. History says this was a small but strong hill fort. It surrendered to British troops on 19 October 1791. It remained in British hands until the peace treaty of 1792, which concluded of the third Anglo-Mysore war.

This is a tedious trek as the hill is precipitous and high. The trek starts from the Papagni Temple at the foothills of Kalwara village. The fortress of Kalwarbetta is in full sight throughout the walk uphill. This steep and fantastic trek through a maze of dense shrub is highly intriguing. Kalwarbetta is a teaser. Just as you reach the fort wall contended that you have topped the hill, you see another ring of fort. No sooner you reach there; you will find another majestic fort wall waiting to be conquered. There are six such series of stonewalls protecting an abandoned temple on the hilltop  – Miles to trek

There are 2 caves, one starts from the base and as per locals, leads to the temple at peak and another one is somewhere midway which is about 30 feet only. Both are yet unexplored, especially the first one. Local say that there are pythons in the caves and had galloped their goats at times. Supposedly, there are 6 Samadhi in that cave.

NOTE: COSTOMIZE AND CORPORATE TREK IS AVAILABLE FOR ABOVE 10 TREKKERS.

Duration of the event: One Day

11:30 PM Pick up starts from Bangalore

03:30 AM Reach Base and start trekking 5kms one way

06:15 AM Enjoy a beautiful sunrise from atop the peak

12:00 PM Head back to Bangalore to give an end to this amazing journey